The real reason Kamala Harris is tanking: California Sen. Kamala Harris' bid for the Democratic presidential nomination is imploding even before President Trump could think up an insulting nickname for her. Once regarded as the Democrats' best hope to take down Trump, Harris has seen her polls collapse, her donations tumble, and her campaign in shambles. She claims her woes show that the country is just "not ready for a woman of color" to be president.

This is rot. What the country is not ready for is another cynical and self-serving bully-in-chief who, in her case, is masquerading as a progressive. 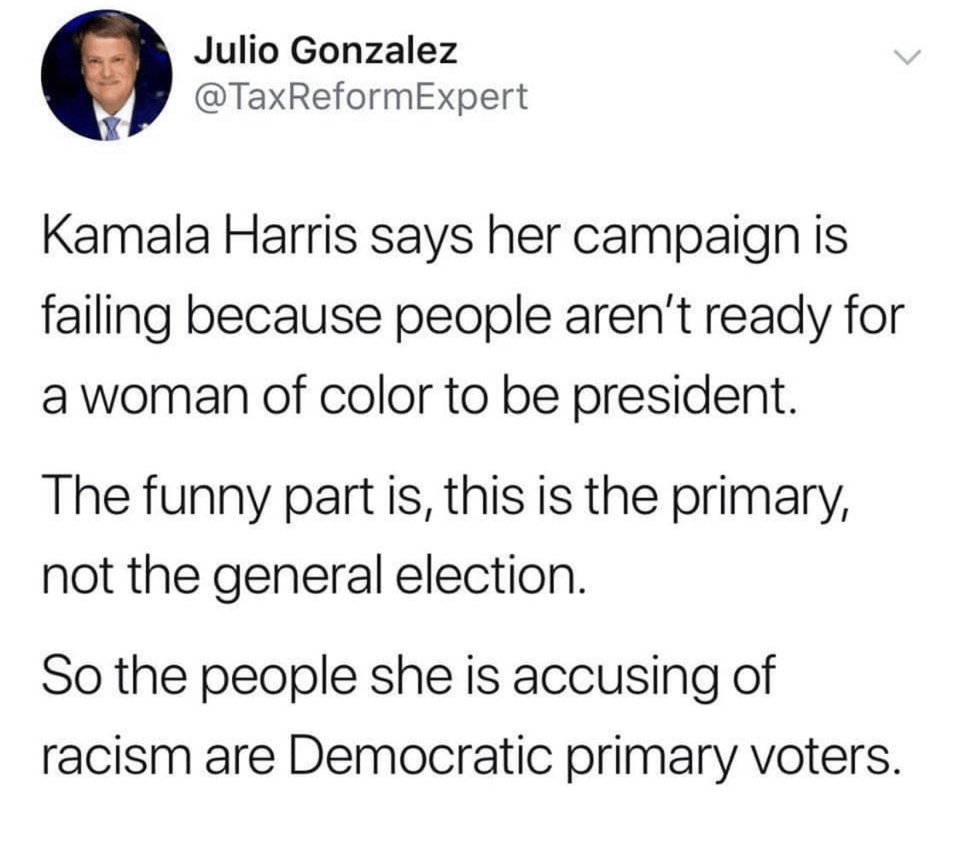 See original work for more on this and other stories.
at Tuesday, November 12, 2019

Spamming will be removed.

Due to spamming. Comments need to be moderated. Your post will appear after moderated regardless of your views as long as they are not abusive in nature. Consistent abusive posters will not be viewed but deleted.

Your e-mail will never be used for any other purpose than to deliver this newsletter.

If you see a news Item you want more information in, please click the title which will bring you to the original work on the web.

A place to exchange ideas freely regarding, terrorism, Police and Government. Flaming and spamming prohibited.

Under no circumstances do I advocate nor will I tolerate any declarations of Violence as a means to any form of change.

We as a Nation Have a right and duty to make changes through our elected officials. If they do not represent you as you see fit, then elect someone else!